To know more about us in necessary to know a bit more about the history of the Scouting and Guiding in Curaçao:

Introduction of the Girl Guides in Curaçao: 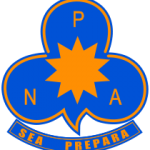 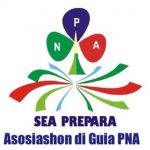 The name of the Association was changed to the Padvindstersvereniging van de Nederlandse Antillen in 1977. Guiding has spread to all areas of the island of Curaçao and to all sectors of the community. Following the objective to increase membership, the Association started in May 1993 with girls in the 4-6 years age group. They are called ”Elvita“, which name honours Mrs Norma Elisabeth-Galaraga who was the first Guide who made her Promise after Guiding was introduced on the island. The Elvita programme consists of songs, games, stories and crafts especially for this age group. In 1995, the Association expanded to the island of Bonaire, starting with the Pre-Brownie and Brownie sections.
In 2014, during the 35th WAGGGS World Conference in Hong Kong the association changed name to Asosiashon di Guia PNA. (1)

Brief History of the Scouts in Curaçao:

Scouting was introduced in Curaçao in 1930 as a branch of one of the Component Associations of The Netherlands and in 1997, two Scout associations, Antilliaanse Padvinders Vereniging (APV, Antillean Scout Association), and the Katholieke Verkenners Nederlandse Antillen (KVNA, the Catholic Scouts of the Netherlands Antilles) merged. On April 15, 2000, Aruba got its own organisation, Scouting Aruba.

The Scout Motto is Sea Prepara in Papiamento and Wees Paraat in Dutch. Scouting Antiano share their headquarters with the "Padvindstersvereniging van de Nederlandse Antillen" and other Netherlands Antillean youth organisations.

On 27 February 2016, the World Scout Committee recognized Scouting Antiano as the National Scout Organization of Curaçao and conferred it Full Membership with voting rights. The membership certificate was presented to the organisation in the 41st World Scout Conference, which took place in Baku, Azerbaijan in 2017. Until then, it was an associate member of the Interamerican Region of the World Organization of the Scout Movement.

Actually, Scouting Antiano (Papiamento: Antillean Scouting) is the national Scouting organization of the former Netherlands Antilles. It serves 1,600 members in 25 Scout groups of which 21 Scout groups are in Curaçao, two on Sint Maarten, two on Bonaire, but none in Saba or Sint Eustatius.

Copernicia - Scouting and Guding for adults: 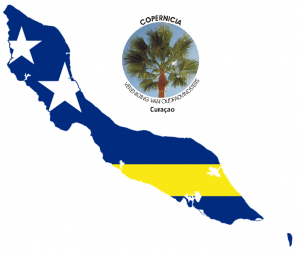 A group of former Scouts and Guides of Curaçao decided to found an organisation in support of the youth Scouts and Guides associations. On 19 May 1985 they started their activities as “Vereniging van Oud-Padvindsters Copernicia”. Now “Copernicia” Asosiashon di Patfenderei di Adultos de Curaçao.

The first constitution of the association were approved by national decree of September 1st, 1989, number 3, by the Acting Governor of the Netherlands Antilles, and in 1991 joined the IFOFSAG (now ISGF, our worldwide organisation).

Since then, "Copernicia" has participated in many international events:

Members of our organisation have served in international positions: